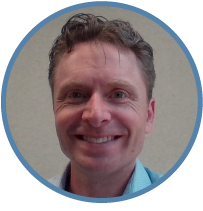 How Technology Can Help with TCPA Compliance

2 Minutes
If there is one area of the ARM industry that is causing the most headaches these days, it’s likely the Telephone Consumer Protection Act. The TCPA requires any company to obtain prior expressed consent before contacting an individual on his or her mobile phone, whether by phone call or text message. The TCPA also, in certain circumstances, prohibits the use of automated telephone dialing systems (ATDSs) when making calls to consumers.

The ARM industry notched a big win earlier this year in a case — ACA International v. Federal Communications Commission — when an Appeals Court decided that many of the changes implemented by the FCC to the TCPA back in 2015 went against what Congress intended when it enacted the statute in 1991. Gone were a number of rules that had caused a lot of issues and compliance headaches for the industry, including a new definition of ATDS, as well as a one-call safe harbor when attempting to contact individuals on their cell phones.

Everyone thought that brighter days were ahead.

Brighter days may be on the horizon, but the present is no picnic.

The issue is that without the 2015 rule from the FCC, courts have been left to their own devices to figure out what is and is not allowed under the TCPA. Some courts, for example, have determined that previous rules enacted by the FCC, in 2003 and 2008, are the law of the land. Some courts have determined that only what is in the TCPA itself matters now. One court has even gone as far as to say that the ruling in ACA International v. FCC set aside any previous definition of what constitutes an automated telephone dialing system and the FCC needs to develop a new one.

In many cases, using the right software can help protect collection agencies from running afoul of the law and becoming targets for plaintiff’s attorneys. Making sure that there is some form of human intervention when placing a call to an individual is one way to ensure compliance with the TCPA. Using call recordings to ensure you have consent to contact individuals on their cell phones is another way to comply with the TCPA in such a way so as to not cause any problems.

There is a light at the end of the TCPA tunnel for the ARM industry. And, by all indications, is not at the front of an oncoming train. But until then, and likely beyond that day, technology will continue to play a major factor in how collection agencies comply with the TCPA.