The Importance of Consistency in Debt Collection Market Regulation

3 Minutes
Mick Mulvaney and Richard Cordray have little in common. Perhaps the only thing they do have in common is that they have both been in charge of the Consumer Financial Protection Bureau, er, Bureau of Consumer Financial Protection. CFPB, BCFP, tomato, tomato. Cordray spent five years running the agency before departing last November to run for governor of Ohio. Mulvaney has been the acting director since Cordray left. 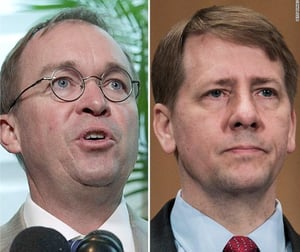 Their managerial styles, their visions for what the CFPB  (BCFP? We'll just move forward with BCFP until it changes again)  should be doing to protect consumers, and the means in which the agency should be executing on that vision … well, they don’t have much in common there.
But that might be a bigger problem than many are writing about. When Cordray left and Mulvaney was named his interim replacement, the ideology pendulum swung from one extreme to the other. That 180-degree shift can cause whiplash, not to mention a lot of chaos in the financial services industry. What is even potentially more problematic is that the president nominated Kathy Kraninger as a new permanent director over the past weekend. Granted, Kraninger is likely going to diligently walk Mulvaney's policies forward, but nothing about government has been predictable lately (not opinion, that's straight up fact).
Inconsistency, especially when it pertains to regulation, is an ingredient for questions and uncertainty. Joann Needleman, speaking on a recent webinar, talked about the need for consistency atop federal regulatory agencies, and how that keeps markets from roiling.  The political swings at the top of a federal regulatory agencies only cause more problems.
This is one argument in favor of establishing a five-person commission to run the BCFP, similar to how the Federal Trade Commission and Federal Communications Commissions are structured. A multi-person commission cuts down on the wild swings that can occur when one person is in charge of a federal agency.
Freshly nominated, Kraninger (provided she is confirmed by the Senate), will face a five-year term that will stretch beyond the next presidential election in 2020. If Democrats win the White House in 2020, this sets the BCFP up for yet another potential ideological swing back to the left.
All the ARM industry has been asking for from the BCFP, and all federal regulators, is a set of clear and concise guidelines that can be followed. Remove the ambiguity and establish a clear framework that allows all companies to act in accordance with what is allowed and not allowed rather than picking one of the competing regulations to conform to while rolling the dice on the competing one.
Coordinating these regulatory alignments with disparate agencies will take focus and intention from agency leadership. If regulatory leadership continues to make wild swings with changes in the political ideology of those making the appointments, how can there be any consistency or coordination to that framework? 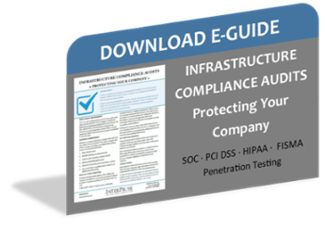 By the time the transition from the former permanent director to the next permanent director is complete, the transition atop the BCFP will become a case study in management and succession planning for any executive, at a government agency or otherwise - and it may just be a case study for what NOT to do, too. I know, cynical, but turmoil and unpredictability are unfortunate hallmarks of our current political system.
Collection agency executives can learn from this situation by ensuring there is consistency at the top of their own corporate ladders. It is responsible to shift a company's focus or direction when the market or regulatory environment changes, but change for the sake of change is just disruptive and impacts productivity and morale. We humans like consistency and predictability for the most part.
Shield your staff from the regulatory unknowns as much as possible with clear guidance and keep speaking up about the issue through your representative or association lobby. Whether the rules are lax or stringent, nobody seems to care as much as whether the rules are consistent and clear.