What is the Emoji for "Pay Your Debt"?

Collection agencies around the world take note, the debtors of the future prefer to do their interacting via some form of screen interface and not directly with other humans. 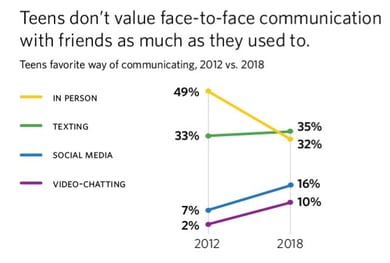 That is the upshot of a survey that was released this week by Common Sense Media, which surveyed 1,100 teenagers about their social media and communication habits. In the six years since the organization last did a similar survey, text messaging has become the communication method of choice among teenagers, surpassing face-to-face conversations. The survey revealed t act 35% of teenagers prefer to text one another, up from 33% six years ago, while only 32% preferred face-to-face conversations, down from 49% six years ago. Conversations via social media and video chatting also increased in the last six years.

The debtors of the future do not want to be bothered; they want to speak to individuals on their own terms, and prefer to type their messages than speak. Collection agencies need to start adjusting their policies and procedures now to prepare for this trend. It’s not like the teenagers of today are going to suddenly decide they prefer responding to letters received in the mail or answering the phone. The thing they respond to most readily is the chime or vibration alert letting them know they have received a new text message.

One place you won’t find teenagers anymore is Facebook. Only 15% said that Facebook was their primary social media hangout, down from 68% six years ago. The more popular social media sites today are Snapchat and Instagram, according to the survey. 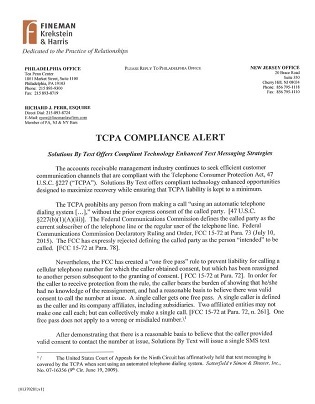 Smartphones are ubiquitous among teenagers today. Nearly 90% of teenagers have their own smartphone today, up from 41% six years ago.

Collection agencies have been reluctant to adopt new communication channels like text messaging and email because of fears that a lack of clear law on the topics will lead to individuals filing lawsuits against the agencies for trying to contact them via a non-traditional communication channel.

Now is not the time to bury your head in the sand and keep dialing phone numbers hoping that someone with a landline will answer at the other end. Now is the time for agencies to figure out what they can and can not do when it comes to contacting individuals via email and text messaging, because that’s how they want to be contacted. The customer is always right.